From Chapter 11 of An Approach To Jazz Piano.

A sound you will frequently hear in popular music, particularly rock and blues, is that of closed voice triads used in parallel motion, frequently stepping in whole tone sequences.   There are a very interesting, flexible and applicable set of progressions.

You will recognize this classic I-IV-V-IV progression: 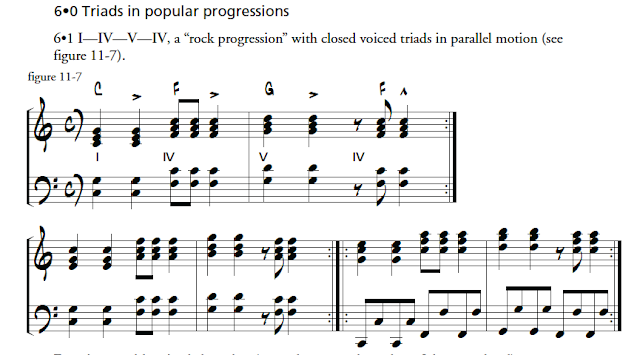 I-IV-V-IV is diatonic, that is, all the notes used in these triads belong to the root key.  But this triad-based harmonization approach works equally well for non-diatonic roots and triad notes. I-bIII-IV, for example, is commonly used.  Note that all the triads are major.

This progression is an example of the bending or  “blending” of minor over major tonalities so prevalent in the blues:

Other popular rock/blues triad progressions include the "Spanish" (I bII bIII bII 1) progression:

and the "Fanfare" (bVI bVII I)  progression:

The video shows examples of all of these and a few ways they can be integrated into your playing, but this is just scratching the surface.   For a more in-depth look at these progressions and how they can be used within Blues progressions, see Chapter 11 of An Approach To Jazz Piano.